Mary P. C. Cummings' will is on file with the Probate and Family Court Department, Middlesex County Division, in Cambridge. The following is a typed transcript of the complete Mary P. C. Cummings will (with parts relevant to the park in bold). Our thanks to WREN for providing this transcript:

I, MARY P. C. CUMMINGS, of Woburn, in the County of Middlesex, and Commonwealth of Massachusetts, being of sound and disposing mind and memory, but mindful of the uncertainty of life, do make, publish and declare this my last will and testament, hereby revoking any and all wills by me at any time heretofore made. After the payment of my just debts and funeral expenses, I give, devise and bequeath as follows:

First, I nominate and appoint the National Shawmut Bank of Boston in the County of Suffolk, George H. W. Hayes of Ipswich, in the County of Essex and John G. Maquire of said Woburn, all in the Commonwealth of Massachusetts, to be the executors of and trustees under this will, and I request that they may be exempt from giving any surety on their official bonds both as executors and trustees.

Second, I give to my said trustees my National Shawmut Bank stock and my stock in the Tubular Rivet and Stud Company, but in trust nevertheless to hold and manage the same for the following purposes and uses: To pay the net income therefrom as often as semi-annually to my nephew, Henry T. Cowles of Porto Rico during the term of his natural life. If at the decease of my said nephew he shall leave children under the age of twenty-one years surviving him, I direct said trustees to pay over to their guardian as often as semi-annually for their education and support during their minority all the net income of said trust fund in equal shares for each of said children then under age until the youngest living child reaches the age of twenty-one years, and then to transfer said trust fund to the legatee entitled to take the same under the provisions of item fourth of this will.

Third, I give to my said trustees my Boston and Albany Railroad Stock, but in trust nevertheless, to hold and manage the same for the following purposes and uses: To pay the net income therefrom as often as semi-annually to my niece, Eunice C. Cowles of Barcroft, Virginia for and during the term of her natural life, and at her decease to transfer the same to the legatee entitled to take the same under the provisions of item Fourth of this will.

Fourth, To the City of Boston, Massachusetts, I give and devise all the land together with the buildings thereon, in the City of Woburn and Town of Burlington, Massachusetts which was conveyed to me by Charles Fairchilds (by deed dated February 26, 1890, and recorded with Middlesex South District Deeds, Book 1967, Page 131, excepting so much thereof as shall have been conveyed by me in my lifetime or is herein otherwise specifically devised (the same being known as Babylon Hill), but in trust nevertheless for the following purposes and uses: To hold and keep the same forever open as a public pleasure ground, and to maintain and care for the same in a suitable manner in accordance with that purpose. And in case the said City of Boston accepts the foregoing gift I also give and devise to it the land and buildings thereon owned by me and numbered 53 North Market Street in said Boston, and the stocks given in trust under the provisions of items Second and Third of this Will, subject to said trusts respectively. Said last named real estate and the stocks to be taken by the City of Boston upon the trust to apply the net income therefrom to the care and maintenance of said real estate in Woburn and Burlington as a public pleasure ground as aforesaid.

In case, however, said City of Boston shall decline or fail to accept said real estate in Woburn and Burlington for the purposes aforesaid, I give and devise the same, together with all the other real and personal property herein given to said City of Boston for the accomplishment of said purposes, to the Playground and Recreation Association of America, in trust for the same purposes and upon the same terms and conditions as are herein prescribed concerning the taking of the same by the said City of Boston.

Fifth, I give and bequeath to my cousin, Annie E. Mower of Waterville, Maine all my carriages, horses, motor vehicles, live stock, farming tools, furniture, pictures, silver, glass and china ware, bric-a-brac, wearing apparel, personal ornaments and jewelry not herein otherwise specifically bequeathed, having confidence that she will carry out any suggestions of mine regarding the further disposition of any of them, but without imposing any obligation upon her in that respect.

Sixth, I give to Margaret Hammond of said Woburn, the sum of one thousand dollars.

Seventh, I give and devise my real estate with the building thereon situated on the Northerly side of Bedford Road in said Woburn, containing ten acres more or less, and bounded as follows: Southerly by said Bedford Road; Westerly by Cambridge Street; Northerly by land now or formerly of Given, and Easterly by land now or formerly of Cummings, to my said trustees to hold upon the following trusts, viz: To permit John Hammond and Margaret Hammond, his wife, both of said Woburn and the survivor of them to use and occupy said real estate as long as either of them shall live; they, and the survivor of them paying all taxes and assessments thereon, the prem-iums for ample insurance on the buildings and for making all neces-sary repairs until the death of the survivor of them; and from and after the death of such survivor I give and devise said real estate to the corporation known as the Woburn Charitable Association, maintaining the Charles Choate Memorial Hospital in said Woburn, to be used as a convalescent home in connection with said hospital.

Eighth, I give, devise and bequeath all the rest, residue and remainder of my property, real and personal, of which I shall die seized and possessed and to which I may be entitled at the time of my decease to City of Boston aforesaid, if it accepts the gift of real estate in Woburn and Burlington specified in item Fourth of this will, for use in the care and maintenance of said real estate as a public pleasure ground as above provided. In case, however, said City of Boston declines or fails to accept said gift of said real estate for the purposes aforesaid I give the residue of my estate to the Playground and Recreation Association of America for the same purposes as herein specified in the gifts of it to the City of Boston.

IN TESTIMONY WHEREOF, I hereto set my hand, and in the presence of three witnesses, declare this to be my last will and testament, this thirteenth day of November in the year one thousand nine hundred and twenty-five. Mary P. C. Cummings On this thirteenth day of November A. D. 1925, MARY P. C. CUMMINGS, of Woburn, Massachusetts, has signed the foregoing instrument in our presence, declaring it to be her last will, and thereafter, as witnesses thereof, we three, at her request, in her presence, and in the presence of each other, hereto subscribe our names. John G. Maguire Edward F. O'Rourke Robert Chalmers 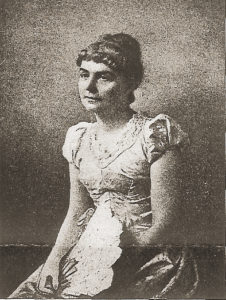